For this new home in the Lakeshore district of New Orleans, Collaborative Designworks undertook an intense investigation into the site context, local building techniques, and the owners’ background. Built for a native New Orleans couple who previously had only lived in traditional homes, the directive was instead to design a modern interpretation of the historic homes of their past. In addition, the owners desired a light-filled, materially rich, and exceptionally efficient house.

The project is located in a fragmented neighborhood mixed with bland recent construction, large new homes, and several stunning mid-century modern houses. Directly across the street sits a Curtis & Davis designed home which became one of the springboards for the design. Specifically the treatment of brick walls as independent planes which enclose the perimeter of the structure, but never extend all the way to the roof-plane. These masonry walls are also dematerialized into screens as they separate from the enclosure; another common element of nearby homes. The three volumes of the home surround a small inner courtyard and terrace down in height to meet the scale of the house next door and mimic the profile of the house across the street. A series of folded roof planes top the volumes and direct water into strategically hidden downspouts. A sculptural winding stair and tessellated metal balcony railing nostalgically reflect the owners’ previous residence at the historic Pontalba building on Jackson square.

To achieve a more than 50% reduction in energy costs the home was outfitted with a geothermal heat-pump, extra-tight building envelope, and LED lighting. Natural cross ventilation is achieved throughout and the majority of windows face to the North to reduce heat gain. 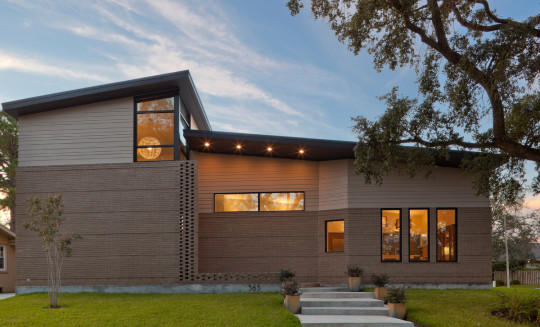 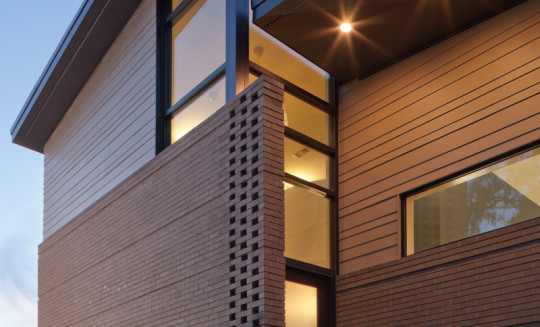 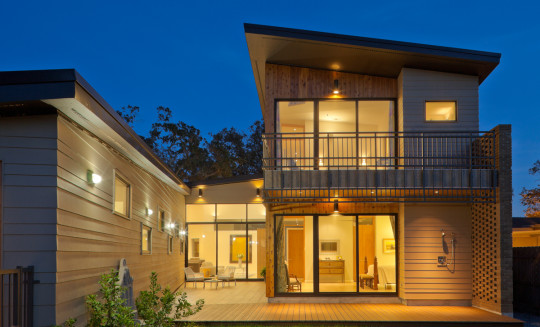 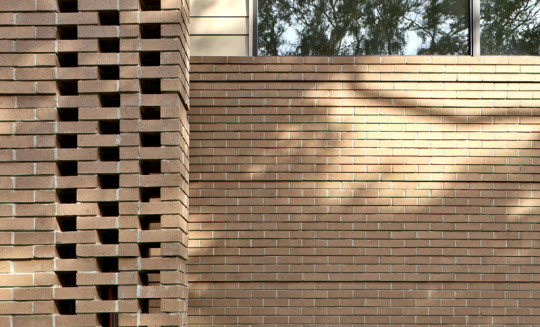 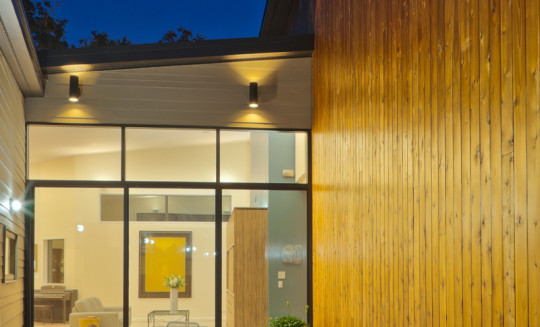 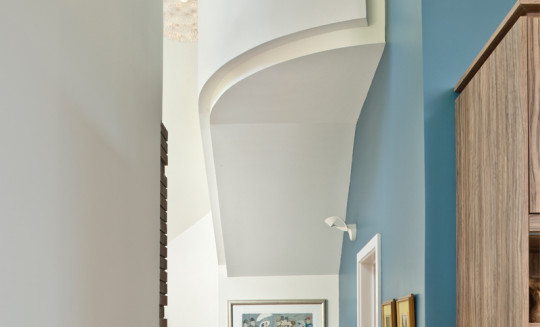 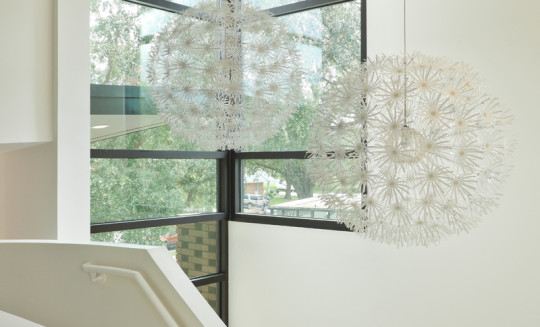 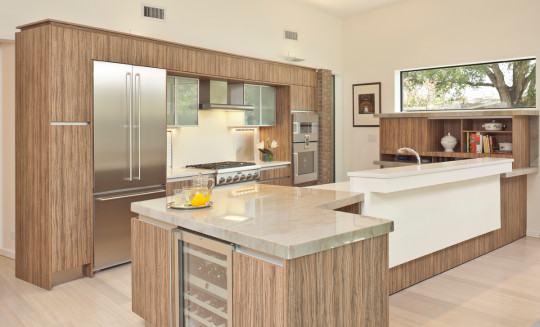 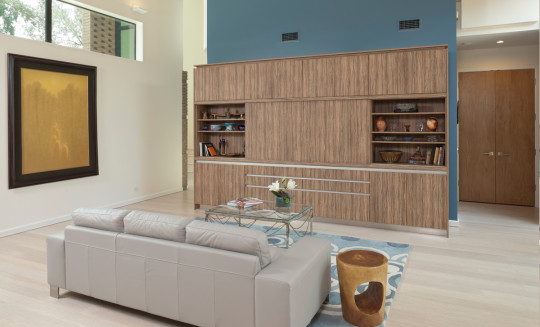 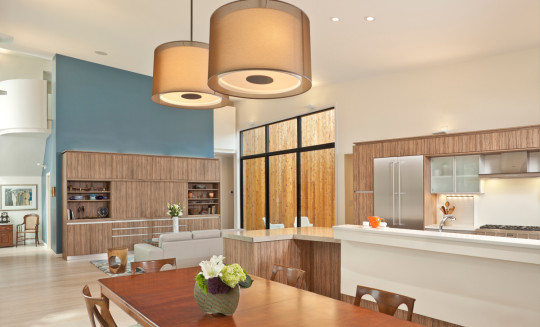 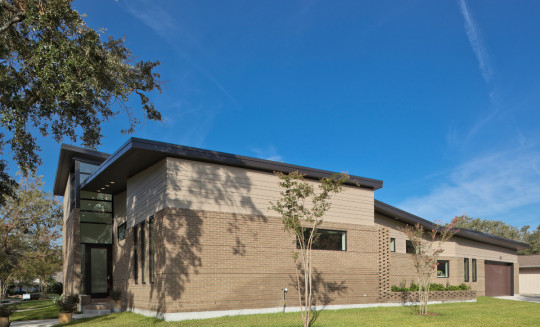 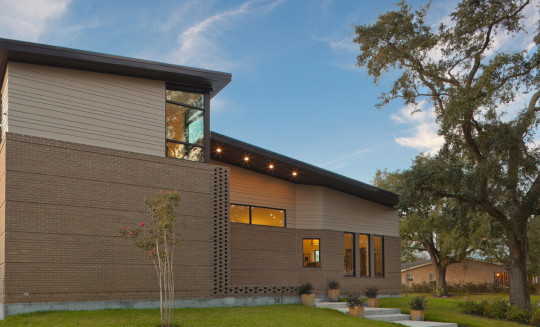